To access Fiveola, please use a non-legacy browser such as Chrome, Firefox or Safari. 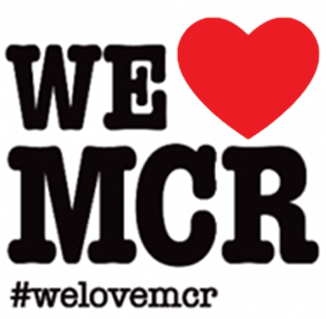 Helping the Homelessness in Greater Manchester

Our wonderful city of Manchester has a huge problem with homelessness

The city has seen a persistent rise in rough sleeping and, sadly, the sight of homeless men and women begging for money or desperately struggling for warmth and shelter on our streets is now a very familiar one

Recent research has shown that, across Greater Manchester, more than 5,000 people are homeless, including almost 2,000 in the city of Manchester itself. These worrying numbers represent only those either living on the streets or in temporary accommodation and don’t include the ‘hidden homeless’ who keep a roof over their heads only by ‘sofa-surfing’ in the homes of friends or relatives

This same research demonstrated that Greater Manchester is also considered to be an eviction and repossession hotspot, with the problem being highest in the cities of Manchester and Salford, where approximately 1 in 62 households are at risk of repossession or eviction

The appalling scourge of homelessness is most visible in Manchester city centre, where a dramatic increase in rough sleeping means that the sight of people sleeping in doorways or under bridges and flyovers is commonplace. Nor is the problem by any means unique to Manchester and Salford; as the figures in the first paragraph suggest, homelessness and rough sleeping have become a major issue in many towns throughout the county of Greater Manchester. Authorities are running out of emergency accommodation and this can increase the already awful strain on families, with rules regarding room-sharing meaning that teenagers sometimes having to be separated from parents and siblings

A number of charities and organisations are working to address various aspects of the impact homelessness has on individuals and families, but there is no indication that the problem is going away anytime soon. Thanks Ethan! aim to do what we can to help end a problem that should not exist in a wealthy nation in the 21st century. When a Donation Subscription is purchased, we donate to the Thanks Ethan! homeless charity, with the aim and objective being to work towards the eradication of homelessness in Greater Manchester


Who is Ethan? – Why are we thanking him?

Ethan was born in Bolton, Greater Manchester, in 1994 and experienced far too many tragedies in his short life. Having lost his parents and older brother before he was sixteen Ethan could be excused for being neither positive nor happy and yet he was, openly expressing compassion for others less fortunate than himself.

Ethan himself cared deeply about the plight of homeless people living on the streets of Manchester and it’s in his name now that the charity Thanks Ethan! is seeking to make a real contribution to lessening the impact of rough sleeping across the city.

It is our hope and expectation that we can commit very significant resources to Thanks Ethan! and make a massive contribution to eradicating homelessness and the tragedy of rough sleeping in Greater Manchester.

Money donated will be used to help people obtain the daily basics and necessities of life that most take for granted, such as food, tea, coffee, clothing of all kinds, toiletries and blankets.

In addition to addressing the immediate needs of homeless families and individuals we will also look at the bigger picture, helping fund projects and ideas which aim not just to stem the tide with temporary measures, valuable as these are in the short term, but to eradicate homelessness and ensure that everyone has a safe, warm place to call home and that every adult and child has enough to eat and drink every day.

Thanks Ethan! was created with the memory of Ethan very much in mind but the concept was kickstarted in response to the story of a young man called Sam, who featured in a BBC article, published in December 2018.

Sam told the BBC at the time that “it’s very, very tough” and “very cold” living on the streets of Manchester. He explained that he’d been without a permanent place to live for around three years.

Sam’s story helped inspire the creation of the Thanks Ethan! charity, but - we don’t currently know where Sam is or what’s happened to him since his interview with the BBC.

Our hope is that we can find Sam and bring him into our business and our charity activities.

We would like to give something back to him after he unknowingly gave us so much. But first we need to find him.

If you have any information about Sam, we would love to hear from you – Find Sam

Let’s help Sam, and the countless others who shouldn’t be on the streets.


Manchester's Homeless:
Locked out after Lockdown
A documentary by Louis Harding Part 1 Part 2